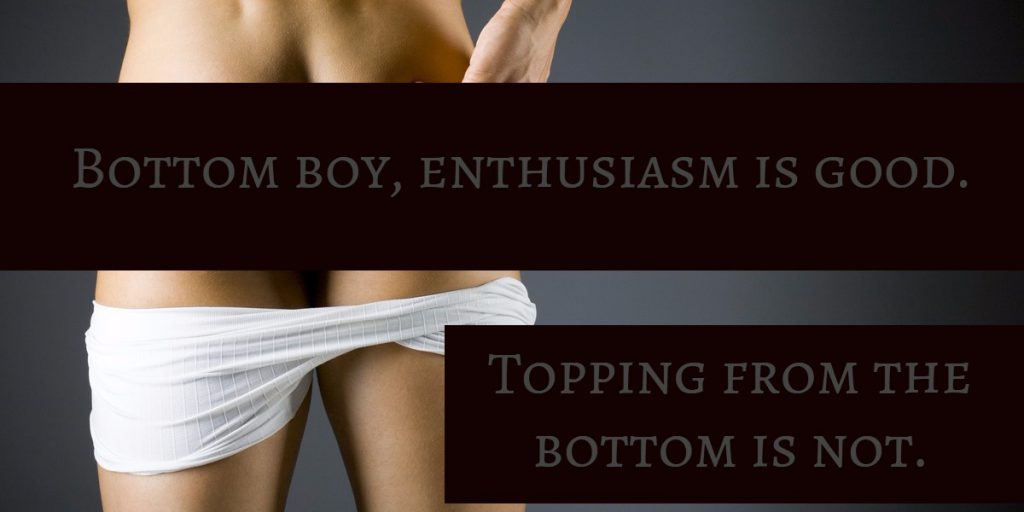 The term “power bottom” comes from the gay male world.  Typically, a power bottom takes control of the fucking, and is sometimes dominant.  In fact, some people would immediately associate the designation of power bottom with dominance.  And that’s fine, if you aren’t, in fact, submissive.  Sexy, even.  But in My femdom world, a power bottom can have a voracious appetite and the bottomless pit fuck hole to match, as long as the attitude that comes with it remains humble.  What goes on in your head and what comes out of your mouth is more important than what’s going into your ass, or who does most of the work in deciding how it gets there.