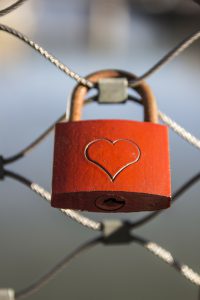 Why does it speak to My Femdomme self, you may ask?  Well, this tendency to lose all arousal, and therefore motivation, can affect women whether they are dominant or not.  For those who aren’t in a Female-led relationship, it can mean that if she has a selfish lover, or one without the stamina to see her through to her own orgasm, he gets off, and she’s left lying there frustrated.  This is actually the context in which I’ve read about the tendency most. Not even willing or able to finger or eat his woman to orgasm, let alone keep fucking her.  If he is willing to continue, his performance tends to be more lackadaisical and unfocused.  It makes sense, because that’s how he feels after shooting his wad–lackadaisical and unfocused.  The spirit may be willing, but the flesh is often weak.

Chastity Training leaves the male in a nearly constant state of arousal.

Some women will want to keep the cock locked for a week or so at a time, while she has as many orgasms as she likes during that time period through oral or manual stimulation.  She can unlock the cock when she wants to be fucked (or when she’s feeling benevolent).  Some women will find that denial renders their man/slave too quick of a shooter, once unlocked, to satisfy their appetite for penetration.  If they can get that need met with dildos rather than throbbing flesh and blood, I suppose they could leave him caged indefinitely.  But periods of chastity training can also transform formerly one-and-done boyfriends, husbands, and slaves into those who can get it up again, or even never go soft, after the first load.

And with regard to cum-eating?  Well of course, there’s the unilateral compliance borne of desperation to earn release that chastity training generally produces.  But even setting that aside, a cock-locked slave can still ooze out both pre-cum and sometimes semen while having his prostate milked, and following through however many times a chastity Mistress requires can be used as a condition of eventual release.

This is the flip side of what I’ve often said, that males make the best submissives because when aroused, you can get them to do anything.  Add a good chastity cage and training to this mix, and the possibilities are unlimited, because his arousal will be!