Phone Sex Domination, Yes. But How?

Let’s keep it simple to start: The standard ways for you and I to explore your phone sex domination fantasies are role play, storytelling, real-time direction, or conversation.

Role play is best for those with vivid imaginations, and the ability to put what they imagine into words. In a role play, you and I become characters in a scene, and W/e speak as those characters would speak. No, W/e aren’t in the same physical space, but W/e will interact as if W/e are, usually breaking out of that format only when an action or atmosphere needs to be described, or to indicate a change in direction.

Some playmates are attached to specific words or phrases, erotically triggered by them. Some have whole stories they’ve fantasized about over and over again on their own that involve a particular sequence of events as well as key phrases.  I encourage these potential playmates to actually write a script and send it to Me in advance so that I can truly inhabit it when the two of U/s play it out together on the phone. It’s not mandatory if this describes you, but it helps.

Caution:  You have to talk, too! *giggle* Part of the reason I’m writing this post is that sometimes when I ask an inexperienced playmate how he’d like to interface with his fantasy on the phone, he’ll say he wants a role play, I’ll start it off, and then there’s just silence on the other end! If you’re not a talker, that’s perfectly fine, but then that means you don’t want roleplay.  Maybe you want storytelling. 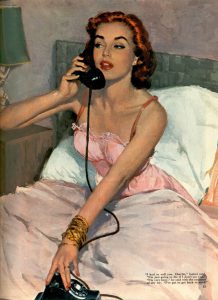 fantasy. I still benefit from knowing where your general interests lie, or if there are specific things that turn you on, but in general, I’ll do all the talking. It’s a good option for shy boys, or those who find it hard to verbalize when so much circulation is diverted from their big head to the little one, but no matter what the reason may be, I’m pretty good at on-the-spot thinking and verbalizing, and if you like that, storytelling is for you.

Caution:  Storytelling takes concentration, so interrupting Me to completely change direction is fine maybe once, especially if you’re simply not going where you want to go, but more than that and it really takes Me out of the moment. Frankly, that gets aggravating. Also, if there are things you don’t want included, specific turn offs or boundaries you don’t want crossed, give some thought to those before the session, and communicate them at the beginning. Filling out My pre-call questionnaire and sending it to Me in advance can help with that.  The earlier the better.

That was pretty straight-forward, right?

Caution: Be prepared, especially if you don’t have much time to play. I hate to have you burning through part of a ten minute session rooting around for what may be the very keys to subspace. 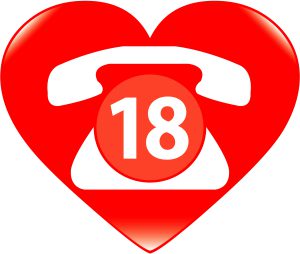 I know there are a lot of young ones out there looking to hear that they’re okay in what turns them on, but get in touch when you’re 18. On your very birthday, even!

You get the picture.

I’m putting this under the umbrella of phone sex domination simply because I’m a dominant woman. That said, some submissives just want to talk, not to be dominated, or even engage in any sex play.

It makes sense, doesn’t it? A lot of kink is still taboo in the main stream world, and many folks have no one to whom they can even admit their desires. As long as your desires involve things that are safe, sane, and consensual, I’m open to hearing about them.

Caution: I can be very friendly, especially in this context, but I am still a Domme.  Be careful not to assume too much familiarity. I am not your “baby”, your “sweetheart”, your “girl”, your “bitch”, or any other appellation that may signify that I’m no more than some barfly you plopped down next to at the neighborhood watering hole. You can simply call Me Rachel, without the respectful honorific, but don’t confuse My willingness to be casual with tolerance for disrespect. Also, don’t assume I’ll tell you things about Myself just because you want to know. You’re the one who called Me to be an open book, not the other way around.

Finally, of course phone sex domination can include combinations of the above. Maybe you want to start out with a conversation, and lace in a bit of direction. Maybe you want storytelling, with the freedom to interject when the mood strikes. Maybe you want to be told what to wear in O/ur fantasy world, but W/e both know that as of yet, you don’t have anything pretty to actually put on. Maybe you thought you wanted to roleplay, but you’re getting so turned on you can’t speak anymore, and just want to hear Me describe what happens next.

I hope to hear from you soon!