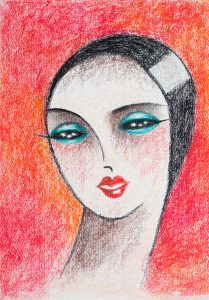 You see, despite his fondness for railing his fuck hole with an ardor that has not yet been equaled in all the instances of exhibitionist Skype debauchery of which I have been privy, and despite his penchant for becoming triggered by coerced feminization roleplay, he has been resistant to the idea that he is, in fact, a sissy!

A new way to prove you’re a small penis sissy!

Mistress Constance decided that She would lay a wager on this sissy fuck slut in denial. He was to measure his supposedly adequate member against his favorite dong for fucking, a Cyberskin. The control? A transparent Fleshlight model called “the Ice”.

Want a Cyberskin of your own? Just click the pic! There are other colors (or at least one) available on Amazon.

Now, the Ice allows for 8.5″ of insert-able length, and a girth that would make any boy (and certainly any woman who had it inside her) feel chuffed. That’s just about right for the Cyberskin. Miss Constance instructed him to:

Oh, don’t worry–he wasn’t expected to measure up to the Cyberskin. Precious few men can do that. He only had to come within two inches of it. *smirk*

You might wonder why T/hey didn’t just use a tape measure to compare lengths. Well, because boys can’t seem to resist the temptation to embed the metal tab at the end of a tape measure into the flesh of their pelvis in the hope of eking out the extra-odd inch.

T/hey decided that this method would keep O/ur subject honest.

Well is he, or is he not a small penis sissy?

If he came within two inches, he’d get to stroke with the Ice until he had himself a nice manly orgasm. He could content himself with the knowledge that although he may not be packing enough to satisfy a size queen like Me, he could still consider himself worthy to fuck the average, non-discriminating pussy. 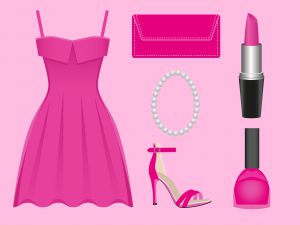 You probably knew how this would turn out the moment you started reading this post.

Not only did he fail the length test, but while he had to strain a bit to squeeze the lubed dong into the Fleshlight, his little member floated around inside of it like a swizzle stick in a cocktail glass!

I envy Mistress Constance. She’s going to have a lot of fun the fun witnessing this newly-minted small penis sissy’s humiliation, and upbraiding him for his false macho! The newly-minted small penis sissy sent Me pictures verifying the results. I enjoyed a hearty laugh while viewing them! I wasn’t any more surprised than you likely are, but I’m still tickled by incontrovertible proof of a sissy’s status, even when it isn’t needed!

At least Miss Constance has promised Me more photos to giggle over, and I’m sure this rediscovered playmate and I will relive his humiliation for a long time to come! Perhaps, even build upon it! 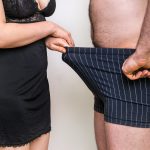 I’d be happy to make like Price Waterhouse and ensure the integrity of your results!

P.S.:  I got to thinking about how some men describe themselves as “average” in the pants.  Average is fine for the average woman, I decided, but . . . I’m not the average woman.  So, if you would describe yourself as average, and you’re not interested in small penis humiliation, it’s better that you keep your measurements to yourself in session.

Listen in below for more on that.