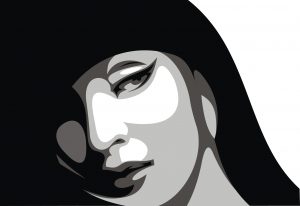 Sexual Kinks Can be Born From Frustration or Longing

Delilah is married, and has been for 40 years. His wife knew from the start how much he loved it when women wore those types of things, and for a while she indulged him. For a while, she tolerated and even sometimes liked how he’d participate in the trappings of feminine grooming. She liked the pretty lingerie and nighties he’d buy her. She was never short of things designed to keep her soft, make her smell good, or keep her in the ultimate of feminine style. 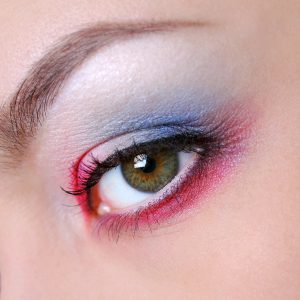 But after a while, she got tired of indulging Delilah’s tastes. Delilah insisted that just because his wife might dress up like that, or let him watch her participate in feminine grooming rituals, it didn’t need to lead to sex, but his wife just wasn’t interested in making the effort anymore, whether the intent was foreplay or not.

Delilah really began to miss the look of slim legs in stockings, the feel of feminine fabric under his fingertips, and the experience of floury scented steam wafting out of the bathroom, knowing how soft and fragrant it was making his wife.

One day, he was rummaging through some of his wife’s things, and came across a pair of silk stockings he’d purchased her, the kind with the seam up the back, that she’d never even taken out of the box. He pulled them out wistfully, and rubbed them against his cheek. Then, like a bolt from the blue, the idea came to him–if he shaved his legs and put them on, would he be able to enjoy stocking-ed legs even if they were his? Maybe he could look down at them, or put them up in the air, and pretend they belonged to someone else.

At first, he didn’t believe it would work, but the idea made him chuckle, so he tried it anyway. And guess what? Well, you know what. From the thighs down, he became someone else, and it aroused and satisfied him more than he could have ever suspected. Soon, he was removing more and more body hair, and buying grooming products and make up for himself. He bought wigs and learned to style them. He took the lingerie he’d purchased for his wife that would fit, and branched out into a sizable collection of his own. He probably has more shoes, bras, and panties than his wife at this point, and when he dresses up as Delilah, he gets to enjoy the slinky, pampered woman he’s missed.

He may have always had a kink for lingerie, but deprivation turned it into crossdressing. 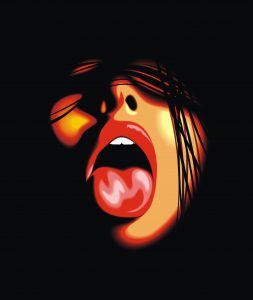 I’m sure it was pretty innocuous at first, related to living vicariously as I mention, but the more his own orgasm synced up with the orgasm experienced by the big, hard, spit-glazed dick on the screen, the more he began to anticipate which moves and techniques produced it. He began to urge the actress to polish it this way or stroke it that way, as if she could hear him. He began to admonish her to lick and suck the heavy, low-hanging balls filled with cum that he couldn’t wait to see spew out. He began to think about how that throbbing dong must feel, sliding over her tongue, how sexy her submission looked as she allowed him to direct and control her mouth and head. He began to not only think about it, but to wonder about it, and wonder whether or not the massive load of cream blasting out all over her face felt better than his did as it painted his chest and rolled down over his fingers.

He began to wonder how it tasted, and gave his own a try.

He began to think about feeling it for himself.

So, add to My body of casual knowledge, readers. Did you come upon your sexual kinks later in life, with little to no inkling of what would become so arousing and satisfying to you? Or were there hints early on? Please feel free to share in the comments section, or in private if you’re shy!

*names changed to protect the debauched