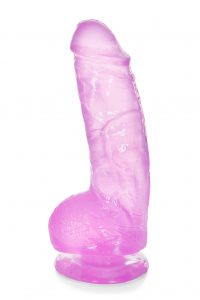 But even with such a cornucopia of kinks from which to choose, things that satisfy he/r need to submit and Mine to dominate,  he/r training has not been without its challenges. Well, one challenge, really: coercing he/r into opening he/r pussy sufficiently.

Well, I mean, I would, but I wouldn’t want to stop there, and neither would most of you. That’s why so many of you, just like pupslave did, purchase dongs you aren’t ready for, and then you’re surprised when they don’t fit right away.

My granny, who grew up during the depression, used to tell Us before dinner at he/r house to “take all the food you want, but eat everything you take”. I guess My attitude is the same with regard to dongs. I am available to make suggestions as to what kind of toy is best for what kind of slave at which stage of their asspussy development, as well as how to train that pussy over time. If a fuckslut goes outside of what I suggest, however, that doesn’t mean they get to give up.

Pupslave has a tight little pink sissy cunt, and has acquired two plugs and a nice big pink dong. It used to be that s/he could only comfortably insert the smallest of the plugs, but s/he knew one day I would expect he/r to fuck he/rself like the whore s/he is with the big pink one. What that would require is practice.

Do you think s/he practiced? Daily as Mistress ordered?

Well let’s just say that most of O/ur sessions have ended with a sore sissy asshole, red sissy ass cheeks, and a Mistress who still hadn’t gotten all of that asscunt She wanted. With a little bit of public humiliation and My expressions of displeasure, s/he has improved on that score. Today s/he shared a breakthrough with Me that s/he came up with he/rself: inserting during shower time, and sitting on the dong during he/r morning routine!

I thought this was brilliant. I’ve definitely seen and heard of many an ass slut fucking themselves in the 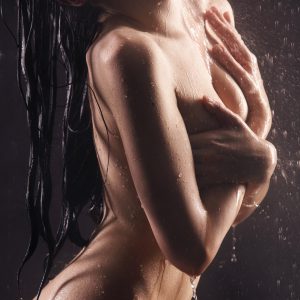 Why is the shower a particularly good place for a strap on slut to stretch their cunt for their strapon Mistress? Well for one, the hot water is relaxing, and relaxation is a big ingredient in ass training. But also, soap is nice and slippery, and in that environment, you can use plenty, and make more of a “mess” than is convenient to do with lube. It all rinses right down the drain. Also, it’s convenient for cleaning all your toys at the same time! And it’s hot for Me to contemplate you sticking them in one at a time, smallest to biggest!

The part about sitting on the dong while you dry off is good because you’re still nice and relaxed from your shower, and have warmed up your hole already with the in-shower soapy fucking. You have My permission to add some lube though, as you don’t want to walk around with soap up your ass all day (that would get itchy).

If you give this a try, be sure to tell Me how it goes for you! I’m particularly interested to know if any of you manage to use a bigger toy than you’ve been able to use before with the assistance of hot water and soap!

Thanks for reading, and Happy Holidays!