ASMR stands for Autonomous Sensory Meridian Response. No doubt some of you have already heard of it. A cursory search of the LDW archives showed Me that Miss Simone has! Apparently, people have been talking about it online for at least a decade, and the acronym was coined around 2010.

I’m a bit embarrassed to be so behind the times! Are you as well? Allow Me to elaborate!

When exposed to stimuli, a segment of the population experiences a tingling sensation that starts on the scalp and moves down the cervical spine to the upper thoracic, along with feelings of euphoria, well-being, and relaxation. 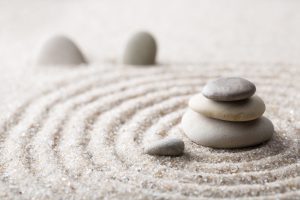 There’s a wide range of effective stimuli, depending on the person. Here are some examples:

But whispering, in fact, triggers the most people. I read about a study in which 75% of the participants responded to it, a greater number than responded to any other.

Remember when I said that a certain segment of the population experiences arousal as part of their ASMR response?

When people first came together to share their experiences with ASMR, some suggested that the term “head orgasm” should be used to describe it. Others objected to the sexual connotation since the experience wasn’t sexual for everyone. Needless to say, they won out. 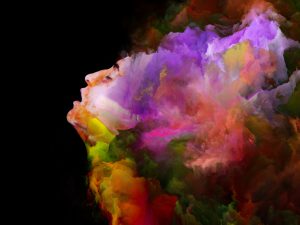 Those who didn’t think a sexual connotation to ASMR was anything to sneeze at branched off and created ASMRotica, or ASMR Erotica. The most popular stimuli in this subcategory is–you guessed it–whispering.

I’m going to start with a popular kink–orgasm control. My thinking is, a popular subject will minimize the number of listeners who might be distracted from the overall experience because they’re listening to subject matter they aren’t into.

After you listen, I’d love to know your thoughts on the questions I pose below. Feel free to reply to the comments, or via E-mail if you prefer.

Please be honest with your replies. I promise I won’t take anything personally!

1.) What, if anything, did you physically, psychologically, emotionally, or sexually experience while listening to this audio? Your reply to this question doesn’t depend on having a definitive answer to questions 2 or 3.

2.) Were you aware of ASMR before reading this blog post?

3.) If you answered “yes” to #2, have you known yourself to be susceptible to ASMR in the past?

4.) If you answered “yes” to #3, what were the stimuli that triggered the response?

5.) Is the subject matter among your kinky interests?

9.) Do you think the addition of music or some other harmonious, meditative sound in the background, or interspersed with the whispers, would enhance the audio, or detract from it?

10.) If your interests tend to be more hardcore, do you think this type of audio would still work?

Okay now, sit back, relax, get comfortable (preferably with headphones on) and press play!

Thanks for your help,